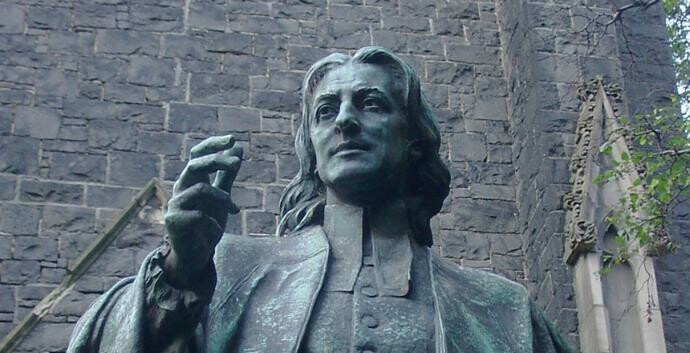 Last summer, Dr. Barbara Lukert, Professor of Medicine Emerita at the University of Kansas School of Medicine in Kansas City, Kansas, and myself co-authored the article, “Science, Scripture, and Sexuality.” We did so anticipating it would help resource the discussion prior to the special General Conference in Saint Louis. Since “reason” is part of a Wesleyan’s search for truth, a scientific understanding of human sexuality should have a place in the conversation.

What I discovered in the past year is amazing. In July, at the Reconciling Ministries Convocation in Saint Louis, I asked a panel, all of whom served on the Commission on a Way Forward, if science and human sexuality was part of the commission’s discussion. I also asked two bishops, one retired and one current, the same question regarding the conversation in the Council of Bishops. And, I attended the General Conference in Saint Louis with an expectation that the voice of science would play a major role in the deliberation of God, Biblical truth, and human sexuality.

At each turn, I was disappointed.

Of course, there’s still the Judicial Council meeting this week in Evanston, Illinois.  The council is deciding upon the constitutionality – the application and effect – of the now favored Traditional Plan. Maybe the council, before passing down its holding, will ask for more information like that found in our article.

Why is it so difficult to consult scientific research?

Maybe the conversation of science/scripture/sexuality doesn’t fit the narrative.

With that in mind, our Asbury UMC Commission on Church and Society, is attempting to reframe the narrative by sending the following petition to this year’s Great Plains Annual Conference in Topeka. It’s one of those “whereas” documents that leads to a “be it resolved.”

So, whereas (see the above) be it resolved “the General Conference avoid voting on matters related to sexual orientation until efforts are made to understand the biology of the factors determining sexual orientation.”

The petition from the Asbury Commission on Church and Society follows in total:

The purpose of this petition is to promote the understanding of reliable, current scientific

information regarding the determinants of sexual orientation.  Scientific information, which has been ignored in our discussion of human sexuality, provides the “Reason” portion of the Wesleyan Quadrilateral which traditionally guides our denomination’s search for Truth.

Whereas the United Methodist Church (UMC) has been torn apart by the debate over the relationship of the UMC to LGBTQ+ persons.

Whereas an understanding of sexuality is essential for a rational discussion of this issue.

Whereas a study of the scientific understanding of the elements determining sexual orientation was not a part of the deliberations of the Commission on the Way Forward nor a part of the discussion at the Council of Bishops or the General Conference.

Whereas the body of knowledge related to the biology of homosexuality has expanded significantly in the last 3 decades, and evidence is no longer “inconclusive” as stated in the 1992 study on homosexuality commissioned by the General Conference.

Whereas our Wesleyan tradition encourages us to include Scripture, tradition, experience and reason in our search for Truth, and scientific discovery contributes the “reason” part of this Quadrilateral.

Whereas the reports of scientific discoveries related to sexuality are published in scientific journals which are not read by the general public but are thoroughly reviewed by scientists with expertise in the field.

Whereas the church, having placed so much emphasis on sexuality, has a responsibility for making available well-documented scientific information about sexuality,

Be it resolved that the UMC will charge the General Board of Church and Society with the task of appointing a commission which will identify reliable, peer-reviewed information regarding what is known about the factors influencing the development of sexual orientation, and assemble a study guide which will be distributed to local churches by January, 2022.

Be it further resolved that each Conference be charged with encouraging and facilitating the organization of opportunities for the scientific study of sexuality within each district and by local churches. 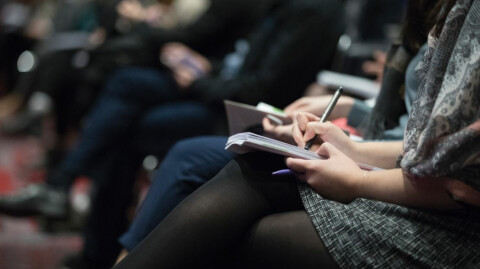 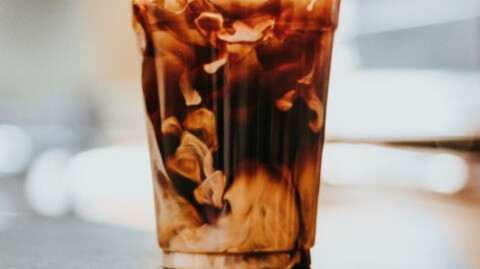 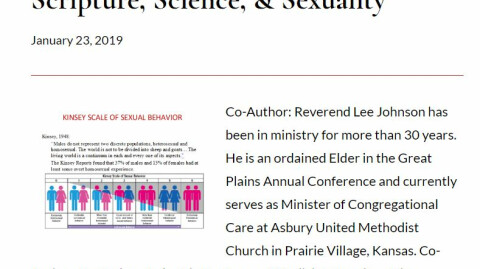