Jesus is Lord:  A Bible Study for Asbury's Worship
(August 8) 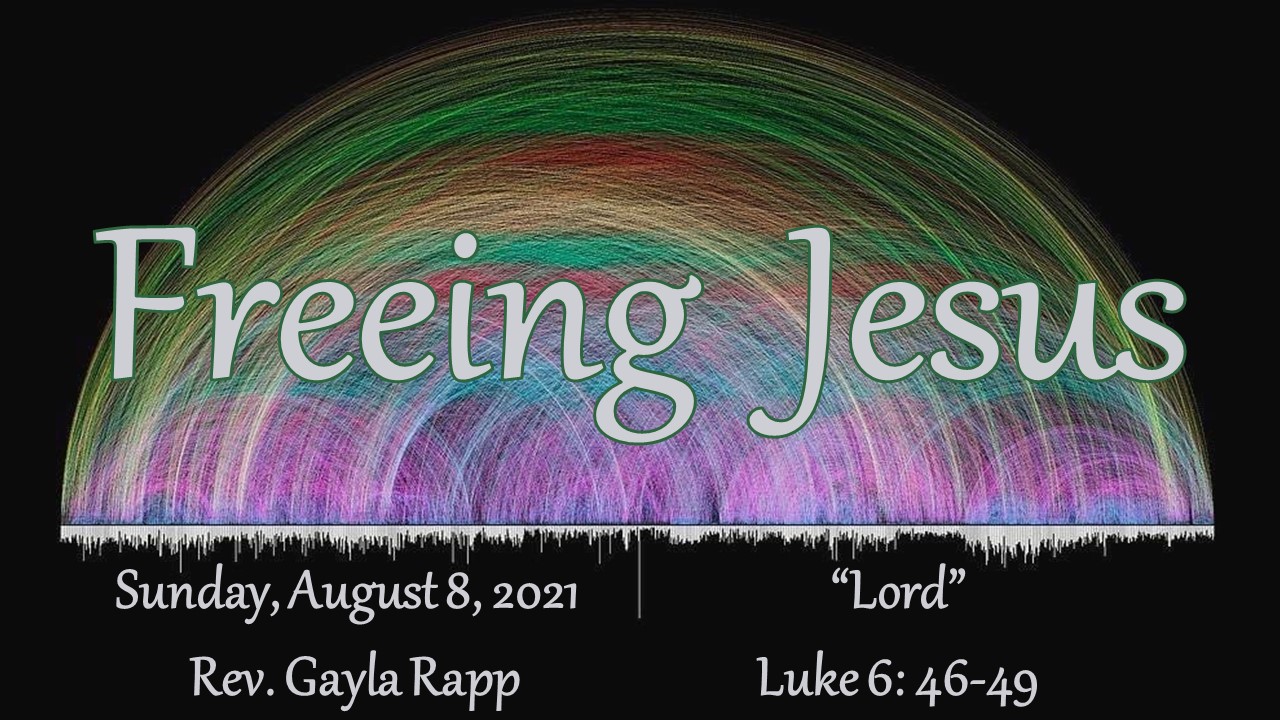 In her book, Freeing Jesus, Diana Butler Bass notes early Christians often proclaimed their faith in three words: “Jesus is Lord.” Growing up in an every Sunday United Methodist family, I often heard that proclamation through sermons and prayers, even Sunday School. But, I was always a little unsure what it meant, at least for me. I sensed it was important but couldn’t quite grasp its meaning for my life. Somewhere in the early 1970s, the meaning of those three words began to unfold. It came through the lyrics of a song written by John Fischer, who to this day is regarded as the “father” of “Jesus Music.” In 1970, Fischer wrote and composed the song, Have You Seen Jesus My Lord?  In the song, four times Fisher asks a question: 1) Have you ever stood at the ocean? 2) Have you ever stood at the sunset? 3) Have you ever stood at the cross? 4) Have you ever stood in the family? Each time, the question is answered in the same manner: “then I say you’ve seen Jesus my Lord.” As simple as it sounds, the song, its questions, its answers, and just as important the melody, began to work upon me. I still wasn’t certain what the phrase, Jesus is Lord, meant – and to be honest my understanding of that proclamation at age 66 is still unfolding – but at least I had a start. Do you remember learning the proclamation Jesus is Lord? If so, what meaning did it have for you?  How did you learn the phrase? What does it mean for you today to proclaim: Jesus is Lord? Has your understanding of the phrase changed over the years?

In Freeing Jesus, Diana Butler Bass writes of the early Christian church, “Claiming Jesus as Lord, announced one’s liberation from oppression.” The Roman government expected full allegiance. Christians who proclaimed their allegiance only to Christ, in disregard for the government, were often subjected to persecution, punishment, and even death. For those early church Christians, there would be no such thing as swearing loyalty to a government, let alone its leader. So, “Jesus is Lord” became one of the first creeds, a statement of faith. To understand the creed more fully, a history lesson helps.  The name of God in Hebrew, YHWH, was believed to be sacred, too sacred to say aloud.  So, the Hebrew word “Lord” was used in its place. The Israelites proclaimed YHWH at Lord, the one God who held authority over them, not some foreign ruler, some foreign god, or the difficulties brought upon them by exile and loss. For Christians, then, the word “Lord” pointed to the one who held dominion over the lives of those proclaiming him as such. Thus, the creed. What seeks to claim authority in your life? Actually, the list can be pretty long: status, money, even the manner in which we worry can claim authority in our lives. So, what might a creed like “Jesus is Lord” mean for you?

In Luke 6, Jesus offers up his newly chosen disciples a series of teachings, two of which have to do with the love of enemies and forgiveness of others. At the end of the chapter, he asks the question, “Why do you call me Lord and do not do what I tell you?” Jesus’ question captures well the difficulty we have in proclaiming “Jesus is Lord.” If Jesus has authority over our lives, why do we give authority to that which is less than Jesus? As I get older, there are “things” that claim authority over me that did not when I was younger.  Of course, there are also those “things” I have moved on from in my life. The point is this – there is always something out there seeking authority over us which is not ultimate.  That is why it’s best to name it and each and every day reclaim, “Jesus is Lord.” Have you ever stood at the ocean, a sunset, at the cross, in your family?  The Lordship of Jesus lives around us. How do you encounter Jesus as Lord?