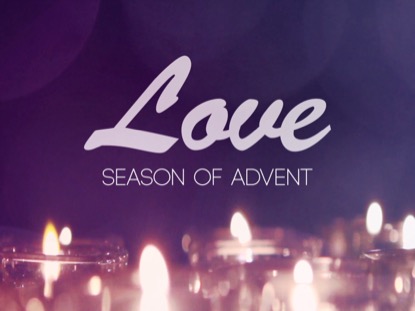 Three times in the first two chapters of Luke’s Christmas Story, God’s angel messenger, aka Gabriel, speaks the same four words.  In literature, repetition is significant.  Generally it means, “the author is trying to drive home a point.”  And, the point would be?  Once to Zechariah upon his learning Elizabeth, his wife, will have a child, once to Mary upon her learning of a pregnancy brought about by the Holy Spirit, and once to shepherds who hear the news of great joy, Jesus has been born, does the angel speak the same four words: “Do not be afraid.”  Bubbling underneath Luke’s birth narrative is fear, so much so three times the reader is reminded: “Do not be afraid.”  You see, the story is set in fear.  It was the “days of King Herod of Judea.” Augustus was Emperor.  And, Quirinius was governor.  Together, the three formed a formidable trifecta that wrought fear into the hearts of just about everyone.  Now arrives the angel with some rather startling news.  The news will challenge the fear of the land.  Lo, says the challenge: “Do not be afraid.”  (By the way, that’s the third time here.)  Can you recall a life moment when you were afraid?  What, if anything, comforted you in that moment? Has anyone ever told you, “Do not be afraid?”

I am thinking about the fear that has bubbled under our narrative in 2020.  Remember Super Bowl Sunday in Kansas City?  The temperature was nearly 70 degrees, warm enough for fans to gather and watch – and later celebrate – outside at Power and Light in downtown KC.  Later that week, thousands upon thousands stood in cold temperatures as the Super Bowl Parade made its way to Union Station.  And, then, about a month following, the bubble of fear broke the surface.  Churches closed.  Businesses shut their doors.  People stayed home and off the streets.  I am not making this up.  In late May, people returned to the streets to protest the injustice of racial discrimination.  How many of us watched the nightly gatherings on the Plaza, televised by the four local news stations?  Then, came the fall, and a most unusual national election.  Can you say: “Trifecta of fear?”  It is not difficult to understand the context into which Luke’s narrative is set.  Three times the angel announces: “Do not be afraid,” to a world that had lots to fear.  As 2020 draws to a close, what about this past year challenged you?  To what extent was “fear” part of the experience for you?

Much of the angel’s job description in Luke was to prepare the way for the Good News of Jesus’ birth, God’s physical entry into the world.  Apparently, the preparation involved encouraging others in the story to set aside their fear.  That way, they might more fully engage God’s arrival into their world.  It could be that we need to do the same - set aside our fear wrought by the events of 2020, in order to more fully engage the message of Christmas this year.  And, that message would be?  Well, the same message it’s always been, the only message that can lay low and challenge the fear of the day: Love came down at Christmas.  And nothing, not even our fear, or the fear of trifecta-like forces, can get in the way of God’s love.  Maybe, as much as ever, we need to be reminded of that message this December.  And so we light a final candle of Advent called love, that says gently to us all: “Do not be afraid.”  Do you think fear can keep you from fully engaging life?  Whatever fear you’ve known in this past year, what would it mean to set it aside?

"Love came down at Christmas."