The Importance of Eating Together:
A Bible Study for Asbury's Worship
(May 22) 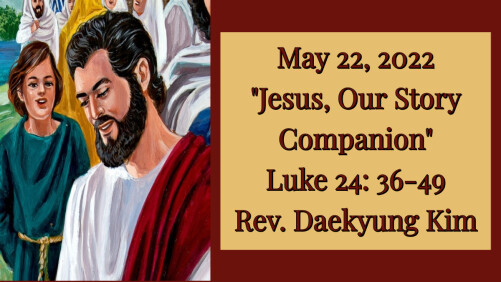 How important is it for people to eat together?  Several years ago, an article in The Atlantic magazine reported Americans rarely eat together anymore. In fact, it said the average American eats one in every five meals in their car. Can’t be true, I thought. Then I remembered, most mornings I eat breakfast, in my car, on my way to work. Not only is that unwise for me, it’s unsafe for others. Even more alarming, the majority of American families report eating only a single meal together less than five days a week. This is alarming, because research verifies not eating together has quantifiably negative effects, both physically and psychologically. Two quick quantifiable facts: 15 year olds who report not often eating a family meal together have twice the truancy rate in school than students who reported differently, and children who do not eat dinner with their parents at least twice a week also were 40 percent more likely to be overweight compared to those who do. Take all of this and set it alongside the final two stories in Luke’s Gospel. We read one of them in last week’s Bible Study, “The Walk to Emmaus.” Now, this week, we read the concluding story. What do these final two stories have in common?  They both involve Jesus and eating together.  Many of us, I know, live alone, which makes eating together more difficult. Do you sense there is a difference when you eat a meal with someone else?

In “The Walk to Emmaus,” Jesus is made known to the two travelers while at the table, breaking bread. Says the story, it was during the meal that “their eyes were opened.” Now, in the concluding story in Luke 24.36-49, Jesus appears to his disciples. Luke says his appearance frightens the disciples, thinking they saw a ghost. That’s when Jesus suggests they eat together:  “Have you here anything to eat?” Over a meal of broiled fish, Jesus shared with his disciples all that was ahead. Soon, their frightened response was transformed into joy as Jesus commissioned them with the ministry of repentance, forgiveness, and grace. All of this took place over a meal! Ten years ago, Alice Julier wrote Eating Together. She says that eating together can radically shift people’s perspectives, like changing “fear” into “joy!” Can you recall a time when eating a meal with someone altered your perspective or mood for the better?

Given all the benefits we know about eating together, is it any wonder Luke concludes his Gospel reporting with two stories about Jesus, food, and eating with others? Is it a coincidence? Or, something more meaningful?  Earlier this week, I was reading a story about a family of four. The mother had died, and one of the brothers went to study abroad, leaving the dad and younger son at home and alone, together. Because things were different, the two couldn’t bring themselves to eat together around the family dinner table. Instead, they opted for sandwiches in front of their computers, or delivery pizzas while watching television. Finally, the dad suggested they eat together around a table. The son reflected, “It wasn’t ideal, the meals weren’t particularly amazing, but there was something special about setting aside time to be with my father. It was therapeutic, an excuse to talk, to reflect upon the day. Our chats were often banal yet it was invariably one of the happiest parts of my day.” Jesus promises to make himself known in the “breaking of the bread.”  Maybe that’s why the last two stories of Luke do just that.

"Let us break bread together."