Looking in the Least Likely Place:
A Bible Study for Asbury's Worship
(October 24) 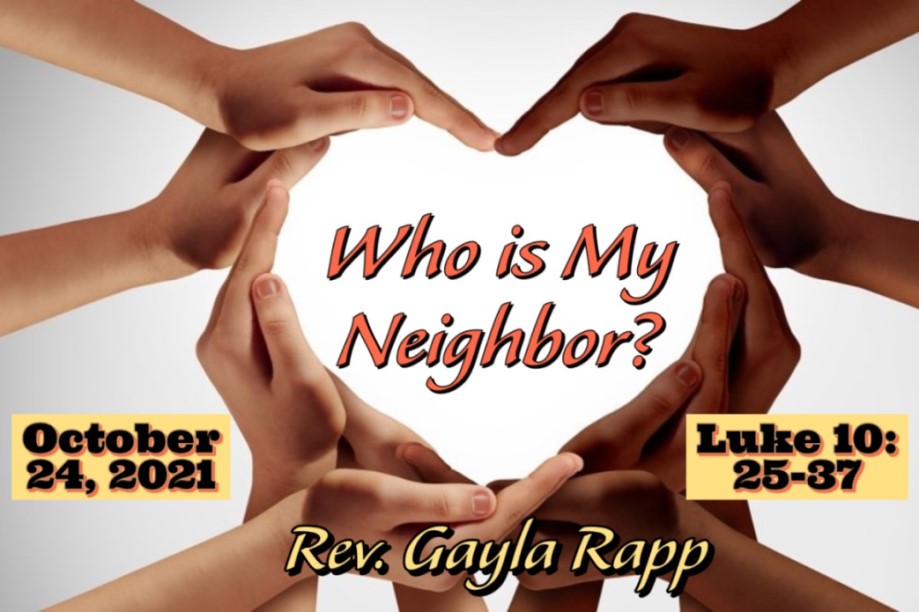 When reading the Bible, themes emerge weaving as multiple threads, beginning to end.  Like, Biblical characters are forever believing “they” can do it on their own.  When that doesn’t work out, they eventually remember God. Or like most everyone in the story gets a “re-do.” In golf, it’s called a "mulligan." In the Bible, this is called God’s redemptive nature. And, in the Bible, God is forever surprising the reader. Who would have thought Esau would lay aside his grievance and forgive his brother, Jacob? Or, God would select Ruth the Moabite, previously marginalized by law, to be part of Jesus’ family tree? Then there’s the Day of Pentecost. It catches everyone by surprise. So much so that those observing the event think the entire crowd is drunk at 9 a.m. The theme of surprise is one big thread. All this said, the scripture reading for this Bible study fits well into a repeating Biblical theme. It’s a story most of us know, found only in the Gospel of Luke. But, before we ever get to Luke’s story, the Bible has already told the story. Remember the Old Testament prophet Elijah, considered the greatest of prophets? One day, Elijah set his GPS to Mount Horeb, having been told God was soon to pass by. First, a great wind swept the mountain. Surely, that was God. But God was not present. An earthquake followed, and after the earthquake, a fire. Yet, God was not present in such awesome displays of nature’s power. Finally, a still small voice came upon Elijah. And, guess what? The presence of God was found in the least likely of places. It’s a theme in the Bible you can count on. Have you ever thought about the Bible in terms of themes?  If so, what different themes emerge for you? Take a moment and read 1 Kings 19.11-13.

Now you are ready for Luke’s story of The Good Samaritan. Jesus tells it in Luke 10.25-37.  Like many of Jesus’ parables, this one is predicated upon a question. A lawyer wants to know what he must do to be part of God’s plan. Interestingly, the story takes place on a treacherous mountain road. Surely, not Horeb? But you get the point. A traveler on the road is robbed and left to die. First, a priest passes by, a person of God. Surely, he will help. But, not. It’s like the wind from Elijah’s story, God is not to be found. Quickly, like the earthquake and fire, a Levite follows. Here’s someone who assists a priest. Help is on the way. But, you guessed it. He, too, passes by. Neither the priest nor Levite, seen on paper as lovers of God, fail to perform acts of Godly love. Then a Samaritan, who is commonly seen as an outsider to the Jewish faith, stops to lend care. Not only does he offer care, but offers to pay for any further care. The least likely candidate to offer help becomes the very place God is found. Like the still small voice in Elijah, God is present. Now read the story of The Good Samaritan. Take a moment and ponder the “theme” threads between the two stories.

“Lead me, God, to the least likely of places that I might do the most.”