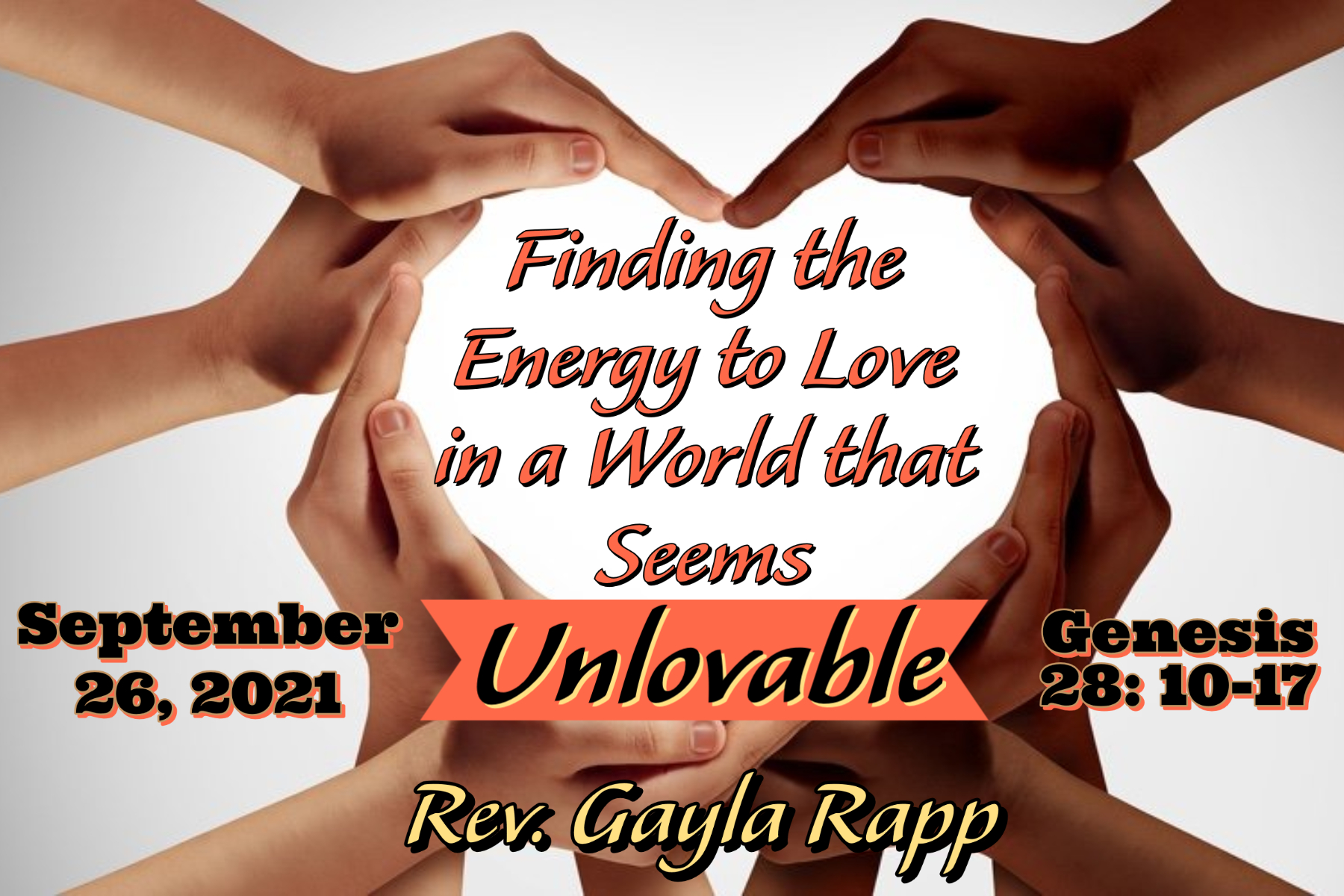 The Biblical story of Esau and Jacob captures well what can be called sibling rivalry. Twin sons of Isaac and Rebekah, the two come from some fairly significant lineage. To their grandparents, Abraham and Sarah, God had promised quite an inheritance. They, and subsequent generations, were to be blessed with land and offspring - lots of both. In the Hebrew tradition, the first born controls the inheritance for the next generation.  And, because Esau, by a matter of seconds, was first born, he held the upper hand. Somehow, though, Jacob managed to “trick” his brother out of his rightful inheritance.  That’s where today’s story picks up. Jacob has just claimed his inheritance and Esau is furious – so much so that Jacob now fears for his life. That’s when their parents intervene and separate the two brothers.  It’s something like being sent to different rooms, only in this case, they are sent to different lands. Esau leaves angry. Jacob leaves fearful, worried his brother might yet find him and seek revenge. What good could possibly come from a story like this one? That a just resolution might be reached by the two brothers seems remote.  Have you ever experienced a time when you wondered what good could come from a bad situation?

Jacob journeys to a land called Paddan-aram where he is to live with his Uncle Laben, the brother of his mother, Rebekah. On his way there, somewhere between Beer-sheba and Haran, night falls. Jacob is worn out, both by his traveling and his worrying. Without a bed, Jacob finds a nearby rock to use as a pillow.  He then falls into a deep sleep, dreaming of a ladder ascending and descending from earth to heaven. Soon, in the dream, God stands beside him, reminding Jacob of his inheritance, the blessing of land and offspring, first promised by God to Abraham, Jacob’s grandfather. Trick or no trick, it was still to be his. “I will not leave you,” says God in the dream to Jacob. “I will do what I have promised.” With that, Jacob awakens, reassured the path he journeys is the right path. Soon, God, after yet another dream, renames Jacob as “Israel.”  He is to be the leader of a great nation. What started out as a seemingly unresolvable problem, God intervenes and resolves. Before long, Jacob and Esau will meet again, complete with the older brother’s tender-hearted forgiveness.  Have you ever experienced the presence of God in one of those “lost,” where am I now, how can this be resolved moments?  You know, the kind that happens when you’re between Beer-sheba and Haran. That’s when you really need a map. And, here is God, albeit in a dream, with directions.

Looking for God on your road map?  Most of us have wondered about God’s presence along the way.  For all practical purposes, left with a rock for a pillow, aware he had deceived his brother, and parents, God shows up on the map and re-directs Jacob. It’s a story worth paying attention to for anyone who has ever wondered about God’s presence. Most likely, you need to look no further than the hard moment at hand. God is there, says the story, right in the middle of the difficult time, redirecting you. In his book, Love is the Way, Bishop Michael Curry, who became the first African-American to serve as a bishop in the Episcopal Church, reminds his readers the first place to locate the love of God is “in your losses.” That’s where God shows up with some new directions to redeem and make new the loss.  No one escapes life without those seasons of tough times and losses. You might spend some time today pondering one or two you’ve experienced, and just where you might have sensed the presence of God.

"Look for God in your losses."